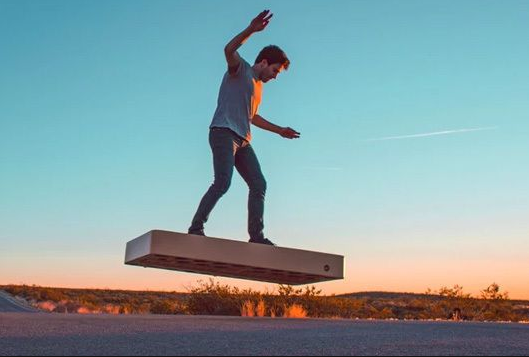 The Hoverboards that we can buy today have a long way to go before they reach Back To The Future II levels, but that’s okay. For right now we don’t mind flying across the ground on two wheels because we know that scientists and researchers are working on it. You can learn more about the best of these two-wheeled versions at GadgetReview. I’m here to tell you that it won’t be long until we are cruising around like Marty McFly.

In fact, you might be surprised to learn those flying hoverboards really do exist in one form or another, but they just aren’t ready for the store shelves yet. However, after seeing the examples below, I think you’ll agree we are well on our way. Let’s take a look at some real honest to God hoverboards that actually exist. Yes, they get in the air and they look awesome!

A few years ago Franky Zapata’s futuristic craft was making the rounds all over the internet. He has been promoting it ever since. It was created using model airplane jets and a platform and can hit speeds of up to 80mph as well as an altitude of 9,000ft. You just lean in the direction you want to go. The last we heard, you could rent these hoverboards or buy an earlier model for between $2,675 (£2,161) and $12,000 (£9,698). I really wish I had the extra funds.

The Arx Pax company has been working on the Hendo Hover since 2013. This vehicle uses disc-shaped magnetic hover engines which use an opposing magnetic field found for lift. It actually lifts off the ground but doesn’t go sky high just yet. They are still working out the finer details to make it better and better. This one is worth keeping an eye on.

Omni hoverboards are working on a truly amazing vehicle that has already achieved a Guinness record by traveling a total distance of 275.9m. We are all eagerly awaiting the consumer prototype. It’s like a big drone that you get onboard, but It requires large amounts of energy. This is a great product in the coming future.We just don’t know when that will arrive. You have to see this thing fly to believe it. The future looks very bright for this hoverboard.

Even though it looks sort of like a floating LEGO, the Arcaboard does its job, allowing you to hover around thanks to 36 high power electric ducted fans with a maximum thrust of 200 kgf (430 lbs). It stays stable in any condition and is a said to be very safe. You will be able to use your phone to control it. You can recharge the ArcaBoard in 6 hours and the ArcaDock accessory will bring the onboard batteries to full capacity in just an hour. This could be one of the projects that speeds flying hoverboards into the marketplace. Pretty awesome.