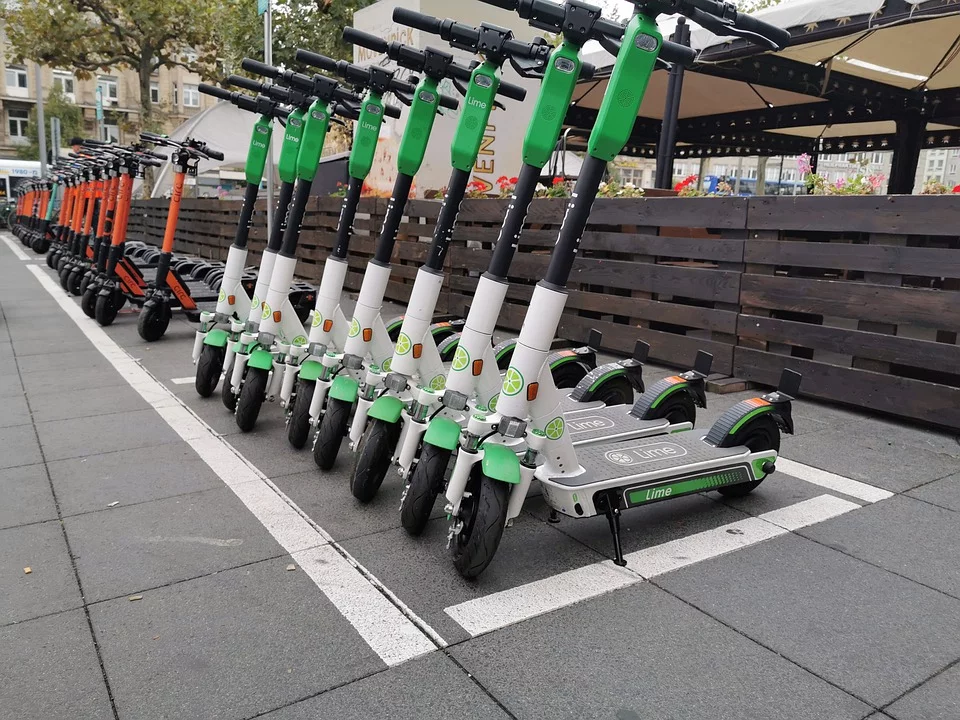 Where are electric scooters?

Ride-sharing is a booming business, but it’s not just limited to cars anymore. Since 2017, dozens of companies around the globe have been popping up to provide electric scooters for commuters, tourists, and anyone else looking for a convenient way to get around town. These fun, easy-to-use scooters are great for sight-seeing trips, quick trips into the city, commuting to work, or getting around campus. Although most electric scooters are limited to 15 MPH in most cities, it’s still wise to wear a helmet during your ride.

Where are Bird scooters?

Bird. Bird is one of the most successful global scooter-sharing companies around the world. You can find Bird scooters in European cities, from Annecy to Vienna, as well as Middle Eastern cities like Tel Aviv and Givatayim. In the US, Bird operates in the following states and cities:

Where are Lime scooters?

Lime. Lime has spread to dozens of states across the US, and it has made a significant impact in numerous European countries as well. You can find Lime scooters in the following US locations:

Where are Spin scooters?

Spin. Originally founded in San Francisco in 2016, Spin now operates in cities and college campuses across the US. Here’s where you can find them:

Where are Uber scooters?

Jump (Uber Scooter). Jump scooters are manufactured by the ride-sharing business, Uber, and they can be found all around the world. Jump operates in Berlin, Rome, Montreal, London, Santiago, and Auckland, just to name a few. In the US, Jump scooters are offered in these locations:

Where are VeoRide scooters?

VeoRide. This start-up was first launched in Chicago, Illinois in 2017, but it has now spread to over 50 US cities. Their website reports that they have provided over 2 million rides so far! Here’s where you can find these eco-friendly scooters:

Where are Skip scooters?

Skip. Skip is a bit different than companies like Bird and Lime; instead of dropping a bunch of scooters in a city without warning, Skip works with city officials to help integrate the scooters into people’s daily lives. The business was launched in 2018, and it currently offers scooters in Washington, D.C., San Francisco, San Diego, and Austin.

Where are Wheels scooters?

Wheels. You can find these funky-looking scooters in Los Angeles, San Diego, Miami, Dallas, Austin, Scottsdale, and Cleveland, as well as Stockholm, Sweden. These scooters are specially designed so riders can either sit or stand, and a new design now features a helmet that’s free for users to wear. The company was founded in early 2019 by Jonathan and Joshua Viner, the same brothers who launched the popular dog-walking app, Wag.

Where are Lyft scooters?

Lyft. Lyft now offers electric scooters along with its traditional car-sharing options. You can find Lyft scooters in these US cities:

Where are Revel scooters?

Revel. Revel scooters can be found in New York City, Austin, Oakland, Miami, and Washington, D.C. In New York City, the law states that you need to wear a helmet on these speedy scooters, which are capable of going 30 MPH!

Grüv. Right now, the Californian cities of San Jose and Oakland are the only places you can find these scooters.

Where are Sherpa scooters?

Scooters in Europe and Asia

The following is a list of electric scooter services that operate in Europe and Asia.

Bolt. Bolt is available in over 150 countries worldwide, but they have yet to arrive in the US and Canada. Currently, their scooters can be found in dozens of European countries, African cities, and even Australian locations.

Wind. Wind Mobility was founded in 2017, but it already has locations in multiple countries. Wind scooters can be found around the globe, from Berlin to Barcelona to Tel Aviv to Milan to Shenzhen. The company does not yet operate in the US, but it does have scooters in Denmark, Spain, Japan, Austria, Portugal, Korea, France and Germany.

Muving. Muving has launched fleets of electric scooters throughout major cities in Spain, including Madrid, Sevilla, and Valencia.

Scoot. Scoot Networks was launched in 2012, and it has expanded from serving the city of San Francisco to operating in Barcelona and Santiago as well.

Scooty.Scooty is a new addition to the scooter-sharing business, and it’s currently available in the European cities of Brussels and Antwerp.