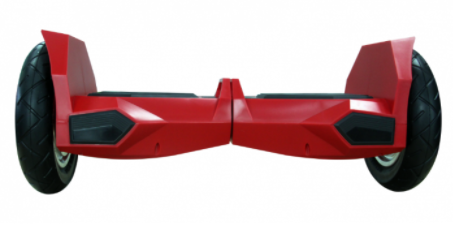 Hoverboards still have a long way to go. As of now, they don’t really hover and older models have been deemed unsafe. The technology is still advancing and actually, even though we use the term ‘hoverboard’, it usually refers to a self-balancing scooter. The user controls the speed by tilting their feet, and the direction by twisting the pads. It’s a cool toy, but not yet a truly capable machine.

Perhaps the sport that fits the most, and the one that is most likely to become competitive as the technology evolves, hoverboard hockey actually works pretty well. Players can hold the stick and move around on their boards.

Can hoverboards be used to play sports?  Photo by IOCHIC Hoverboard // CC0 1.0

The rules remain essentially the same in terms of the objective of passing and scoring, defending and goalkeeping. What changes is the number of players and the time of the games.

Traditional hockey involves 11 players per side. This is way too much for a hoverboard hockey game, as it would lead to too many collisions. Four per team seems to be the optimum number, or three per team if you prefer to play without a keeper.

A hockey game usually lasts for two halves of 35 minutes, a total of one hour and ten minutes, reduced to one hour for college games. A hoverboard hockey game cannot currently last that long due to battery life. Two halves of 20 minutes per half should work fine.

Players are only allowed to touch the ball with their stick. They are not allowed to push or ram other players off their boards. The game can be played well on an indoor court or outdoor court.

The NHL is one of the most popular sports in America. Stanley Cup ratings from last year show that the popularity is at a high, with average viewership of 4.8 million. This year’s Stanley Cup previews show that the Vegas Knights and Tampa Bay Lightning are favorites to win. In contrast, hoverboard hockey is yet to take off as a proper sport. The video below seems to be about the biggest competition out there.

Hoverboard hockey… is it a game of the future?

What other sports can you play with a hoverboard?

Aside from hockey, there are several other sports that lend themselves well to hoverboarding, and some that really don’t!

Basketball is a solid hoverboard sport, although it can difficult to keep the bounces and move. Similar rules can be used, but 1-v-1 or 2-v-2 teams are best to avoid collisions and give room to play.

One sport that really doesn’t seem to work on a hoverboard is soccer. You need your feet for it, and ‘kicking’ the ball with the slow-moving hoverboard is not very effective, nor does it make for very entertaining gameplay. Still, anything is possible, so you can give it a try if you want.

Hoverboarding as the next Skateboarding

A huge potential application for the hoverboards of the future is as a kind of extreme sport like skateboarding. Already, mavericks like Shaun McBride have welded wheels onto the bottom of self-balancing scooters, and it actually works (not recommended at home, at all!).

Tony Hawks also tried out one of the world’s first real commercial hoverboards, one of the few that actually hovers off the ground. He can get a few tricks out of it, spin really fast and even hit the ramps. As hoverboards improve, there no doubt that they will be used in this way.

Hoverboard technology is still very young, especially in a commercial sense. For now, the slow moving and often awkward scooters don’t allow for exceptionally exhilarating competition. Hoverboard hockey games already seem to work, as do small basketball games. When the tech improves, so will the sports that come from it.